Esther Dyson thanks us and makes fun of John Gage » 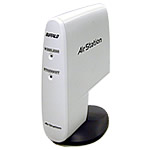 Cool! I was officially recognized as a "Japanese digital entrepreneur/venture capitalist" by Esther Dyson! Saw this article today for the first time. (Thanks Frank!) This about the Fortune Brainstorming Conference I blogged about. I brought everyone the MELCO Airstation. It is the smallest 802.11b access point that I know of. Recently, all port-a-demo pitches in Japan of network technologies involve one of these little guys.

Esther Dyson - NYT Syndicate
The Wi-Fi Warrior
by Esther Dyson
distributed by the New York Times Syndicate - August 07, 2002 excerpt THANKS FOR HELPING The system worked flawlessly for me, but somehow Farber was having trouble with it. Gage decided to "help" him. As you might expect, it was only after Gage stopped "helping" that Farber got his laptop working, and everyone was happy. (Sorry, John!) Once online, Farber told our story to Joichi Ito, a Japanese digital entrepreneur/venture capitalist who was joining us in Aspen for the second conference, a far bigger affair. Ito promised to bring some Japanese access points, much smaller ones, costing only about $150 each from a company called Melco. But the drama wasn't over. Now we had to persuade the organizers of the next event to keep the line alive (at $500 per day). The normal price at home would be no more than about $50 per month. Somehow we succeeded. Gage brought his AirPort back and the next conference was fully wired -- at least in the hotel basement. Finally, for a third conference, at the Aspen Institute, I found yet another unused DSL line. This time, I had my own device -- one of Melco's Buffalo AirStations that Ito had brought. It came in a nice box, covered in Japanese documentation that I couldn't read, and weighed only about 6 ounces, just a third of the AirPort's weight.

I'm still pondering the meaning of the phrase "digital entrepreneur." I'm fairly sure that Joi is made of atoms and not bits...

The SMC 2655W Version 2 (802.11b only) access point is absolutely tiny, barely larger than a business card (!)
It works okay, although slightly below average for cheap access points.. But the thing that bugs me is that it's a completely different radio than the SMC 2655W Version I, which was one of the best low-cost access points available. And the version 1 was also highly hackable, which the FCC here in the US probably didnt like and which also is probably the reason why it was pulled. (You can still find them as refurbs..though..) The version 1 has two antennas (its electrically identical to the original Linksys WAP11) and Atmel electronics, the Version 2 is absolutely tiny and has a fraction of the range.. An external antenna mod might improve it quite a bit, though.