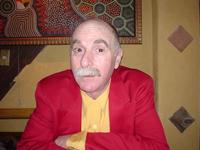 Howard and I have known each other for a long time. I visited Howard often when he was at the Whole Earth Review and I was hanging out in San Francisco with Timothy Leary and the gang. Howard turned me on to a lot of really interesting thoughts and was one of the first people who helped me started writing. Howard wrote THE book on Virtual Reality which influenced me and the rest of the world and I ended up working with (my now step-brother) Scott Fisher at Telepresence Research who Howard writes about in the book. After the Virtual Reality book, he wrote a book on Virtual Communities in which I appeared. (Maybe the first time I appeared in an English Book.) Howard has always been a great visionary for the future and I'm happy to be a part of it. When the www started to happen, my Eccosys team and I set up one of the first web sites in Japan. Howard writes about how this influenced his thinking. These days we talk about Smartmobs ubiquitous computing and the future of embedded systems. As always, community and empowerment are key.

Howard and I talked a lot about how to be an evangelist for the future. We talked about the issue of how to give credit where credit is due, but how it is often difficult to credit people who you do not know about or who haven't influenced your thinking directly. (As I've recently discovered once again, when Japanese diary community criticized my description of blogs.) Howard told me that there was a saying in the I Ching that says something like, "If you climb up on the wall, you can see farther, but you also become an easier target." This is extremely relevant. We talked about how some criticism is very important, no matter how hurting it is, to internalize, since it will help us grow. Some criticism is important in order to understand how people will view us, and some criticism should just be ignored. Sorting this out is quite a task, but necessary and important. We agreed that learning from your critics helps you fix sloppy thoughts as well as prevent mistakes in the future.

On the other hand, what's a pioneer without critics? One chairman of a large company I know said, "I don't trust ANYONE who doesn't have some enemies." I don't know who to credit this to, but "You can identify the pioneers because they are the ones with the arrows in their backs." Stan Ovshinsky says this often.

So, my conclusion? Give credit to those you influence you or are doing important work. Listen to the critics, be thick-skinned and keep on truckin'.

We also talked a lot about Justin. ;-)

Thank you for a great conversation and yummy dinner last night, Joi. We should do that more often!

In regard to criticism, I have found that some of the painful lumps and bruises have turned into sensitive detectors -- when I am about to publish something that can be misinterpreted, or leaves a target for critics, something tells me to look again and make sure I have my facts, wording, and opinions correct.

I don't think that I have developed a thinner skin over the years, but I have definitely developed my ability to modulate my attention to criticisms aimed at me or my work. I think of it as an internal Slashdot filter. Content-free attacks are below my filter level. Mean-spirited attacks that enable me to learn something I didn't know are another matter -- but after a while it becomes possible to discard the feeling of being affronted, but retain the learning.

Good luck! Blogging is a great way to sharpen your mental blades: think of your critics as carborundum (and don't let them grind you down). ;-)

That blog I told you about is Fregorifero. It's a coincidence that the latest post is about me. ;-) If you read his back stuff I think you'll see that Fabio has been tracking many of the issues that interest us.

Wow! I'm reading Smart Mobs right now and I must say it's quite interesting. I am fascinated by the communities and the social implications of enabling technology. Anyway, keep up the good work Joi and Howard.

Your chairman friend has a point: I have rarely run across someone doing anything worthwhile who hasn't made enemies simply by being honest and earnest. Such is the way of disagreements, I suppose.

When I was at Apple, I couldn't believe the "enemies" I'd make and the criticisms I'd be target for by virtue of the products I was responsible for developing. Much of them content free or driven by emotions(rather than data). As Howard says, those things need to be below the radar. Now that I'm older, I can manage that... I couldn't so easily before though!

Hi tom! Pleased Tommy and Tom. Pleased to meet you both here.