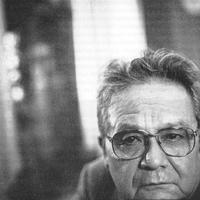 I found an interview with Keiji Shima on Charles Whipple's page. (I found his page linked from his comment on my retribution item.) He is more relevant than ever. Keiji Shima who passed away several years ago was the chairman of NHK, Japan's national TV station and the largest broadcasting company in the world. He started his career there as a political journalist and eventually became chairman. My mother was hired by him to represent NHK in the US. I often worked for him as his assistant and translator. My personal opinion is that Shima-san was ousted from NHK when he tried to make it "independent" and free from LDP control. Some people say it was the CIA. (I think this is unlikely.)

I remember sitting in his office when he was chairman and watching the Diet session with him. He once picked up the phone and shouted at someone that he had told "so-and-so" not to say that in the Diet. My exposure to the tight relationship between the head of the biggest broadcast company and the politicians as well as the extremely brutal ousting of Shima-san by THEM was my first exposure to THE SYSTEM.

After Shima-san was ousted, I showed him the Internet. To be exact, I showed him Adam Curry's MTV.COM and downloaded and played one of the first video clips Adam had posted. At first he wanted to know who controlled it. He asked, "Does Murdock own it?" I said, "No... No one does." He then asked, "Can I own it?" ;-) He quickly figured it out though and paid us to set up a server for him so he could launch The Shima Media Network in 1994. It was the first paid web page that Eccosys built.

Very few people showed up at his funeral and even today I am sometimes "blocked" by people who know about my relationship with Shima-san and were enemies of his. Having said that, many people respect what he tried to do and believe that he was a visionary before his time.

So my first question was "what ever became of the Shima Media Network. Googled it and voila: http://www.smn.co.jp/e/

I still believe that SMN was a great first step for Japanese journalist to publish realtime English content of Japanese domestic news to Web world.

I did not know that it was Ecosys's first paid job for the web development, but I also worked with SMN and visited Shima-san and Insider's members at that time in their Roppongi office. Shima-san appeared on the front page of the first issue of "Wired Japan" for this SMN business.

Shima-san's original spirit, to convey Japan's realtime situation in English to the global Web space, can be found in Joi's blog.

I had two experiences of introducing someone to the web where suddenly their eyes lit up and said "OK, give me control the mouse now!". One went on to head a Japanese company which was licensing NCSA Mosaic code...

I sometimes think that this was once in a lifetime, experience as the Internet at that time was so invisible unless you had actually got hooked up to it and we had the chance to show something to someone that would change their life.