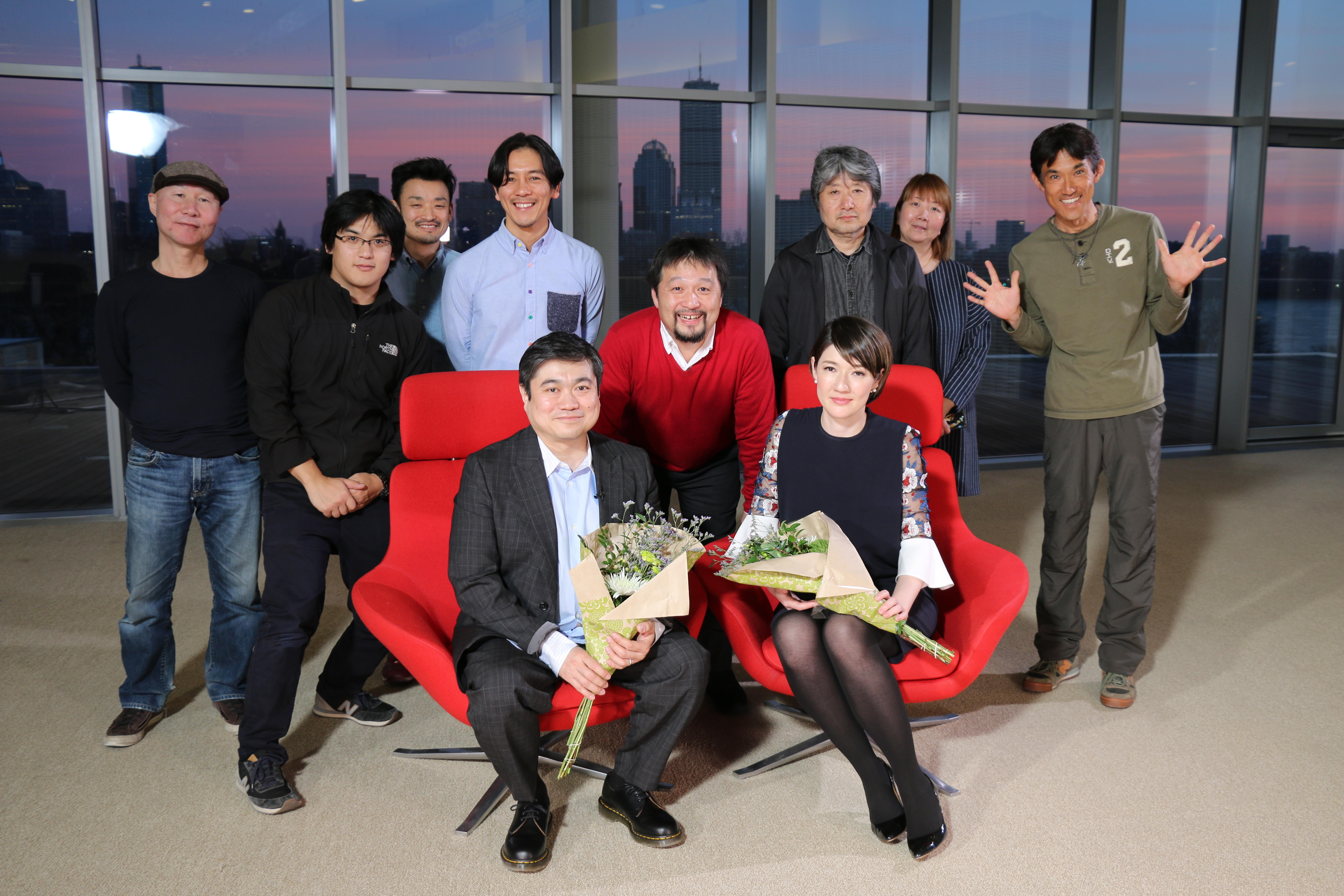 Six years ago, NHK, the Japanese public broadcaster, approached me and asked me if I wanted to work on a TV show airing TED Talks that I would comment on. I'd do the comments with the camera on my laptop and just upload them from wherever I was. A few months later, NHK had cut a deal with TED, and I was sitting in front of five video cameras and a full crew in my office at the Media Lab, shooting a series called "Super-Presentation" for NHK's educational network. The show featured a TED talk (or two) and involved my making comments about the talk, speaker or the topic in general and some B-Roll and background, plus a conversation in the studio in Tokyo. It has aired weekly in Japan on nationwide TV.

A few years ago we added Sputniko!, then a faculty member at the Media Lab, as a co-host.

Several hundred episodes and close to 300 TED Talks later, we shot the last episode last week. It's been a lot of work and a lot of fun. I had to research and think about a lot of topics in the course of the show in order to think of something interesting to say. The show was even voted the best educational show by viewers of NHK.

Thanks to NHK, TED, the wonderful staff who've been involved over the years, my co-host Sputniko! and Kazue Fukiishi, Kylee and Takashi Iba who appeared on the Tokyo side.

PS The show is just a wrap from my perspective. They will continue to air through the spring in Japan. :-)